I started my photography career in the fire service as a contributor to the department news letter and then to the local newspapers. I had many opportunities to capture dramatic scenes at incidents as well as regular station life.  There were many instances I wished I had my camera.  I didn't know it back then but I was training my eyes to always look at real life as if you were going to take only one photo, and that one photo had to tell the whole story of the day. The journalism classes I took in college helped to promote that idea and it's something that I use when I determine which photo or video clip I save. 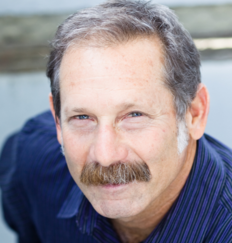 The great photography teacher John Gray taught me many things but the one thing that rang true shortly after I finished his classes was that, all still photography students should learn video !!!

Enough said.  The next DSLR camera I bought was video ready.

In 1997 I joined the Screen Actors Guild and early on I realized the necessity to design a scene before snapping or rolling camera.  I have been in front of the camera for many years and I have learned many aspects of setting up a shot including how long it takes to get it right.  You can have the biggest names in the industry however, before you roll camera, the DP owns the set for however long it takes.

Thanks for browsing my site.  I look forward to talking with you.